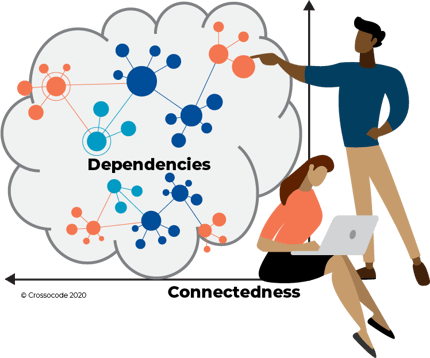 This is the first in a series of posts that will be exploring the costs and risks that stem from poor software and database dependency management.

Supply chains, workforces, consumers, healthcare providers … who and what won’t benefit in a big way from “connectedness” and/or “digital transformation?”

Now, as we find ourselves having to enforce greater physical separation from one another, virtual interactions and digitally driven processes are becoming even more entrenched and will soon be the new normal. 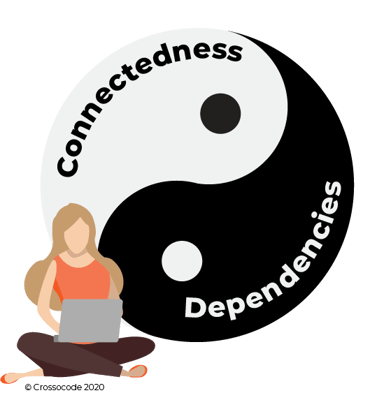 When wholly independent systems can interact, we say they are connected. Yet, when one system is comprised of two subsystems, we are more likely to describe them as dependent upon one another, but really, what’s the difference?

At the risk of seriously overloading these terms, connectedness and dependencies are two sides of the same coin – the more we have of one, the more we have to accept the inevitability of the other.

But when and how does this special relationship between dependencies and connectedness manifest itself in the modern (and not-so-modern) enterprise of today?

Migration: all-out digital transformation or the refactoring of legacy systems each have to begin with a thorough analysis of application, database, and API dependencies. 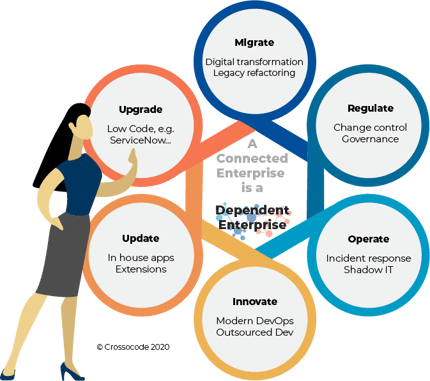 Upgrades: moving to the latest versions of ServiceNow, SAP or other platforms saturated with extensions cannot be reasonably scoped without the very same dependency maps across code, data stores, and infrastructure.

Updates: most enterprises are either developing their own collection of applications and/or outsourceing what they cannot afford or do not have the skills to build in-house. Tracking and managing the dependencies within and across bespoke software is a time-consuming and detail-oriented chore that cannot be ignored.

Operations: When things break, finding the small change that led to the big failure is like looking for the needle in the proverbial haystack. …and that includes keeping track of the unknown number of shadow apps and extensions across on-prem and managed platforms. 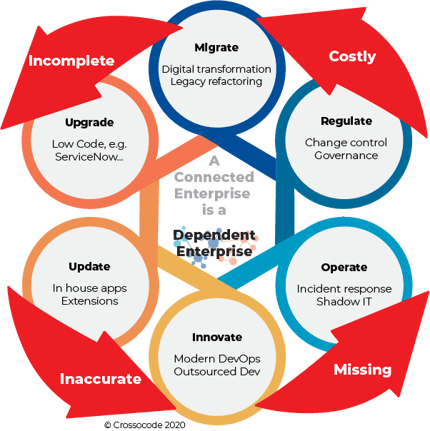 Next week: The symptoms of missing and poor dependency management

How do incomplete, inaccurate, missing, and costly manual efforts to map and manage software, API, and database dependencies lead to:


Next week’s installment will begin to unpack this core DevOps and IT governance topic...