The Critical Role of Automation in DevOps

Automation is a must for organizations looking to maintain optimal DevOps performance in today’s competitive landscape.

Like many other technical fields, automation has brought an endless list of benefits to DevOps, primarily in automating repeatable tasks to increase work efficiency. A study by Deloitte discovered that over 50% of enterprises were able to enhance their current products, improve business operations, and make better decisions with this technology.

This massively benefits agile organizations, as they are far likelier to succeed in IT ventures compared to businesses that don’t embrace automation.

What is the role of automation in DevOps and how can organizations start embracing it?

The Benefits of Automation in DevOps

Traditionally, IT teams would have had to create new environments each time they’re working on a project, which takes a lot of time and resources. This, combined with other antiquated software development practices (e.g. manual testing), resulted in slow software releases and poor business agility. 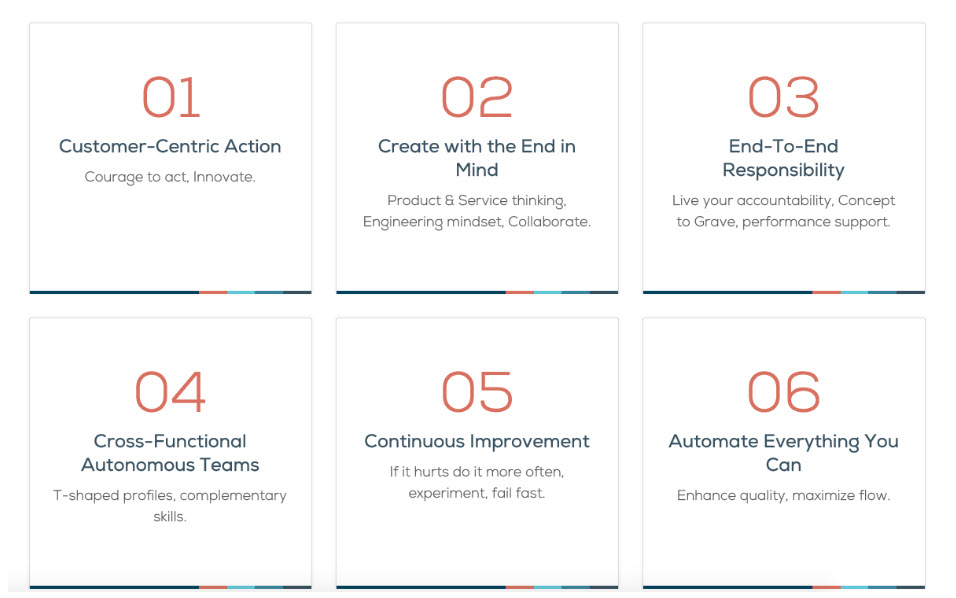 With automation, businesses create an agile development environment that not only enables rapid innovation, but also eliminates the risks of human error, leading to higher-quality releases, even with shortened project lifecycles.

Some other benefits of automation in DevOps include:

Another thing to note about automation in DevOps is that it can be implemented in any business IT scenario. Regardless of whether your organization is working on a small project or a multi-million dollar tender, there will always be room for automation to come in and improve operations.

These objectives can be achieved through continuous delivery, which is defined as the ability to:

“Get changes of all types—including new features, configuration changes, bug fixes and experiments—into production, or into the hands of users, safely and quickly in a sustainable way.”

The cycle of continuous delivery in DevOps (image source)

To start with continuous delivery, organizations should automatically test their codebase whenever a change is made.

Automated testing must be implemented in conjunction with deployable systems—systems or applications that can be deployed with zero downtime after an upgrade or modification—to fully achieve continuous delivery.

Setting up the foundations for continuous delivery does take up a decent amount of time and money. Fortunately, the benefits organizations gain from DevOps automation down the line more than make up for the initial resources invested.

Leverage the Benefits of Infrastructure-as-Code

Infrastructure-as-Code (IaC) is growing in popularity in the software development landscape for many good reasons.

For starters, IaC allows developers to modularize their work. This turns applications into modules or “blocks” that can be deployed readily in any environment—much like a starter kit.

Instead of wasting time configuring hardware and operating systems to install an application, developers use code-defined instructions (i.e. scripts) to manage IT infrastructures efficiently through automation.

Consider a network admin trying to install MySQL in every office workstation. The old way would’ve been to attend each workstation physically to install the executable, verify that servers are running properly, setting up databases, and so on.

With IaC, the admin just has to run a single script to install and configure MySQL for every workstation—the same tasks, but this time taking only the press of a button.

This advantage is most apparent in cloud environments with many environments to manage, particularly in enterprises where thousands of cloud instances could exist at one time. This frees DevOps teams from a lot of repetitive work, enabling them to focus on higher-level development tasks instead.

Take Your Time with Automation

DevOps automation is a continuous process. There’s no point in rushing in DevOps as there will always be room for improvement as technology advances and agile practices change over time.

The definition of DevOps by itself advocates the continuous iteration of development cycles to bring constant improvements to software releases.

Ideally, organizations should move steadily in implementing automation in DevOps. Instead of trying to automate every process at the start, focus on the most repeatable tasks first (e.g. deploying an instance for testing purposes). Then, move on to more complex tasks.

This way, DevOps teams can get used to the newly automated assets seamlessly, which avoids the usual productivity loss when new tools or processes are introduced to IT environments.

Invest in the Right Automation Tools

The type of tools (and the quantity) differ based on the organization’s IT infrastructure and needs. For example, an enterprise running its workloads on Azure will require a different set of tools compared to an organization using AWS environments.

The question is, how can enterprises choose the right tools to use for their DevOps processes?

A good rule of thumb is to identify the tasks your organization is looking to automate. A common list of these tasks includes:

Identifying these tasks provides clarity and guidance on which tools to invest in. This ensures your organization only makes use of tools that fit its automation goals, which prevents unnecessary spending due to unused or underutilized tools.

Rapid delivery and frequent software changes are the bread and butter of automation in DevOps. However, organizations must understand the impact of their software changes before they’re implemented.

With a complete code dependency mapping tool like Panoptics, enterprises have an intuitive, complete view of their application architecture as well as the ability to observe every dependency between applications and database assets in detail.

This allows enterprises to see how a proposed change will affect other applications and resources in the ecosystem to stop risky software changes from being implemented—before a single line of code is written.

Panoptics also assesses the complexity of tasks by identifying how dependencies will be impacted by a change, allowing enterprises to see whether a process can be automated without any problems.

The platform is fully automated so developers don’t have to waste time manually collecting data to run effective impact analysis and risk assessments, further improving the performance of DevOps teams. With Panoptics, your DevOps team gets the freedom it needs to work more efficiently, leading to higher quality software, faster project cycles, and happier customers.

Ready to automate your DevOps successfully with Panoptics?

Try Panoptics for free today to see how we can help your business easily automate DevOps processes.